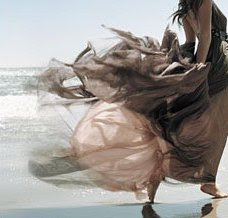 She is agile… the light but firm footedness of her walk, the grace of her tread and the swiftness of her movement… who wouldn’t be enamored by her! The fullness of her being stirs the depth of many hearts. She brings with her the first sweet dew drops, a breeze of joy and love in the air… Across the world, these bombshells wreak havoc in the hearts of many.
Every year, there is at least one such new girl on the block; a picture that grabs attention; a new name that snatches headline space and is the talk of the town; a name that so many people take, that it almost sounds like chant. Well, I ain’t talking about Victoria Secret’s list of Sexy Things or Time’s annual chartbuster of Beautiful People.
This is a list of all things terrorizingly beautiful; strangely fascinating things at their destructive best. Times when one can’t but be awestruck at the sheer magnanimity of Mother Nature’s creations and her way of bringing back equanimity… This is a list of all those things that we term ‘calamities’ and yet name them with much love and care. This time around, in India, it is all about ‘Laila’.
After Nargis and Nisha in the recent past in the South Asian sub-continent and of course Katrina and Cindy in the Atlantic… Pacific… this time it is Laila. The cyclone has hit coastal Andhra Pradesh and parts of Tamil Nadu. If reports are to be relied upon, damages will be colossal. But then… after having covered many a cyclone, flood and fire… this time around I am more interested in the name.
Apparently, the convention of naming cyclones dates back to the early 20th century when an Australian forecaster named major storms after politicians he disliked. That makes a lot of sense… I can see myself pouring all my dislike for a politician on a cyclone. People are anyway not going to like the cyclone and so they will share my dislike for that name and thus the person. Hence, I would have initiated more people into my fold of politician haters… Oh! Don’t I love it!!! :D
At some places such as the West Indies, they stared naming Cyclones after Revered Saints and with it a belief that all those who have sinned will be wiped off the face of this earth. But then, somewhere along the line, to be more accurate, during World War II, they named a cyclone after a woman! It continued since then… they even have a list of names to dip into when the cyclone or hurricane strikes and only as late as the 1970’s did they add a male name to the list.
Why a woman’s name??? I read many people’s views on this- some were downright chauvinist, others just blabbering but almost everyone had set out to demystify the puzzle. I still don’t know the reason, but come on, I can also give my silly answer to this not so relevant question (I believe that this isn’t such a relevant question given the more urgent and pressing matters that should be addressed). So here is:- World War II, the pilots who spotted the cyclone and its advent had obviously known that they didn’t stand a chance and the first name that came to their mind before he probably yelled his last was his wife or his mother… a last call for help and care from the WOMAN who he knows loves him unconditionally and truly. Named after women, not to say that women are the cause of destruction or depression… but as an indication to love more dearly and truly…
at 2:24 PM

Very well written!!! I love your take on why they named a force of nature after a woman!
I've been seeing the chauvinistic comments since morning and fuming abt it! Now I'll just direct them to ur blog! :)

@ Shweta- Thanks :) Glad you liked it and yes, just like you, I've been fuming about all those chauvinistic comments as well... will be great to see some of them comment on this post!!! :)

I really appreciate the idea of naming cyclones with the name of politicians..Wickid!!

@ Sorcerer- Thanks :) I was trilled about the politician idea too ;)

Heh, interesting take on naming cyclones. You should excuse human kind because we have always been naming inanimate things as feminine. But it's been used mostly in respect, like how a submarine's captain would say 'she's the best boat every built'. I believe naming storms/cyclones is just an offshoot of that culture. Even though they wreak destruction, there is still reverence and respect.

When something as fickle as luck is female (lady luck)... naming cyclones after women is a natural consequence :p ... I have written about the real reason (history apart) why cyclones are given names... you might want to check it out here: http://gtoosphere.blogspot.com/2010/05/kites-cannes-and-laila.html

@just a pen in my hand- thanks for dropping by and leaving a comment.