The lawyer in me

The lawyer in me awoke and here is what the lawyer had to say:- 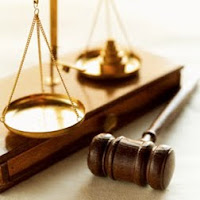 Greatest paradox ever recorded in History
Few centuries ago, a Law teacher came across a student who was willing to learn but as unable to pay the fees. The student struck a deal saying, "I will pay your fee the day I win my first case in the court".
Teacher agreed and proceeded with the law course. When the course was finished and teacher started pestering the student to pay up the fee, the student reminded him of the deal and pushed days.
Fed up with this, the teacher decided to sue the student in the court of law and both of them decided to argue for themselves.
The teacher put forward his argument saying:
"If I win this case, as per the court of law, the student has to pay me as the case is about his non-payment of dues. And if I lose the case, student will still pay me because he would have won his first case. So either way I will have to get the money".
Equally brilliant student argued back saying:
"If I win the case, as per the court of law, I don't have to pay anything to the teacher as the case is about my non-payment of dues. And if I lose the case, I don't have to pay him because I haven't won my first case yet. So either way, I am not going to pay the teacher anything".
This is one of the greatest paradoxes ever recorded in history. :)
at 4:09 PM

Shwetal u r a genious (presuming u r d student)

Some arguments by a budding lawyer:

1. the teacher can't actually sue before the student has atleast fought one case, and has refused to pay up even on winning it.

2. teacher's second argument is not convincing (and perhaps completely wrong) since if he loses the case, the student is not legally bound to pay anything.

some other trivial arguments:

1. no witnesses of the teacher-student deal, no paperwork.. this will weaken the teacher's case and he can hardly win this case anywhere in the world

2. on moral grounds, the student is bound to pay for the teacher's services.

Please let me know if you find the arguments convincing! :D