Where is the helping hand?

As a country, we’ve long gone from being the golden bird. In the recent past, we’ve always been perceived as a country that is forging ahead; a country that will be a formidable super power. The world has been waiting and watching for that day to dawn. Over the years, much has transpired within India to set speculation rife about which way the country is headed. Yet, one thing that has been a constant source of pride for the country is its spirituality and innate humaneness. From ‘Atithi Devo Bahava’ to the Mahatma’s doctrine of non-violence to the revered Upanishads echoing the ancient sentiment about, loving thy neighbor, India has been seen as the forerunner in all things humane. I am a proud citizen of this country rich in many intangible treasures. Certain incidents in the recent past, have, however, distressed and upset me.
He was headed home. As a bachelor staying away from home, the home going (as the home coming at the destination) was always a momentous occasion. He had been planning a whole week before leaving- gifts for all the relatives, the sweets and snacks for home and of course, the huge pile of old clothes that are to get left behind (making space in the wardrobe for the yet to be bought, new arrivals). The nights before the departure hadn’t been among the best- no electricity, no water and add to that climate change. The upcoming home-going shone like a beacon of light in those dark, gloomy nights. Though glad about getting home, he wasn’t feeling too well when he headed for the Hyderabad airport early in the day. His flight was scheduled for 8:30 am and he felt strangely hungry and weak. As he stood in line to board the flight, the world went dark and blank in front of him. His knees gave away and sweat broke out on his forehead. He groped aimlessly for the nearest support but found none. Somebody held him and made him sit down. The line hadn’t yet started moving. He sat on the floor on the airport bang in the middle of the line and passed out.
A couple of minutes later, he seemed to rise from the stupor and could vaguely identify foot fall. A few more moments and he could make out people circumventing him and moving on… No one had come to offer him help, they simply moved on, like he was a mere stone that lay in their path. A little longer and the never ending line seemed to dwindle. That’s when he mustered the last of his energy and stood up. He staggered through the line to the aircraft and slumped on his seat. Within moments, he was asleep, a disturbingly dreamless sleep that gave him no rest.
A fortnight later when he returned to Hyderabad and to work, he shared this incident with a small bunch of us. I was appalled. No one came to help him? How could people ignore a person in need of help? Were we turning stone hearted? Just as this discussion came up, another friend in the group reminded me of a similar incident that happened with me. I was walking through the office cafeteria and slipped and fell. My first thought had been to save my laptop that I was carrying in my hand. The entire impact of the fall was therefore on my knee and elbow. An involuntary cry had passed my lips, but no one had offered to help. One or two snide people had even sniggered. I had thought of it as bad mojo and dismissed it.
The indignation surrounding that incident and many more such stories I had heard exploded within me when my colleague had described to us what he underwent. Where did that helping hand go? I had seen my parents rush to aid anyone in distress (more often than not, they were strangers); had heard stories of countrymen going out of the way to help another in need. Now I was left wondering if those were just things of the past and tall stories to tell. But then, it isn’t right to gauge everyone by the same meter so… I am left with just one thought, the country might just have its heart in place… whether the citizens do, is another story. 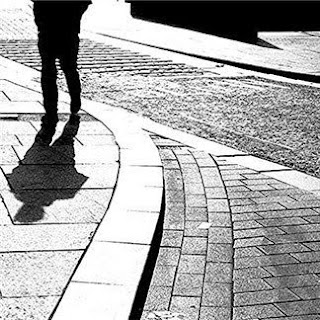 Scary Stuff. i am scared. Who's gonna save me now?

This is surprising. One of my acquaintance had a heart attack at Mumbai airport and KF airlines on which he was booked, actually took awesome care of him - got an ambulance, took him to hospital etc. Only difference, his wife was with him during the incident.

Yes, very rightly pointed out. But, I think it’s more to do with the whole feeling of distrust and extreme competitiveness that has crept into all our lives. 'It's me first' kind of thing! No one trusts anyone, the lack of humanness increasing and ‘roboticism’ rising.

Understandably, we all think twice to help anyone on the roads/public places thinking it might be some kind of a plot to hold you for a ransom. Better safe than sorry! Now I am not sure who to blame, the citizens for their indifference or other factors which have led such feelings to thrive so much so that to reach to such levels.

It is indeed a sad lookout for humanity...reminds me of the Princess Diana incident. If SHE was left forsaken on the road, what hope does the common man have?

I recently read another story where a person died in the line at some food court (my mind has completely forgotten where this was and where it was that I read it, but it was another blog site). So the people on that counter began calling for aid and trying to deal with the situation. This was resulting in a hold up of sorts, and the other people in the lines began creating a ruckus because they had places to go and food to buy and wanted service. Their plight understandable, but no one venturing forward to help or bemoaning that someone from the food counter was, was just baffling.

On that same web page, some one had posted a link of a homeless man caught on a street video helping a woman in distress and in doing so getting shit (or stabbed-again memory fails)... the woman had long disappered and this man lay on the street bleeding to death, while no one stopped to help. The video footage had him for quite some time until he died and one passer by saw him, called 911 and left for them to come remove him.

Horrible world we live in. Humanity itself has taken a back step, irrespective of nationalities.

Sorry for my rambling response. I guess I just got carried away O_O

@ Raj- its good to hear to the contrary... cause in the recent past, all I've heard of is sad stuff like what I just wrote. But I also guess it helps it there is someone with you when in distress, might just help garner some support.

@ Sakhee- I agree, in fact while writing this post I was thinking of the change in society at large, the growing distrust, like you mentioned. It surely does play up on our minds... nothing can justify such behavior, but then, everyone loves their own life very dearly... so well, you are right, it works kind of both ways..

@Pratap- so true!!! If the most beautiful of them all got left behind to die... do us commoners even stand a chance???

@Hayaah- Ouch!!! Those are heart wrenching incidents you pointed out... But then again, like SD pointed out, the growing mistrust and fear in society (eg, the guy who got stabbed for helping a woman out) seem to be the reasons for this. Like they say, its never black or white... today we mostly live in grey!
And, thanks for leaving a comment!

The case of increasing apathy is debatable... I have a strong feeling that it has been this way all the time... only this time, it happened to people we know. If you are in trouble and there are strangers around, the odds are 60-40 that you'll get help from a stranger.

I believe the place in which we ran into trouble is also an important factor... I lost my passport in the airport once when I was about to go to a three month trip to Paris and a woman traveling alone with 2 kids, dragged her luggage, kids etc. and followed me for 15 mins to give me my passport even though she was supposed to be in the queue for collecting her boarding pass!