Things we do to kill time as we chug along…

The settings: - A cubical in one of the compartments of a train run by the Indian Railways. The blue seats in that passenger train headed to Bangalore. The fans are all on, yet people are sweating profusely. The 4 people at the window seats spend a lot of time opening and downing the shutters- both the evils giving no less respite than the other. In sometime, even the seats start radiating the heat. Through this, the continuous onslaught of snack vendors screaming to make a few rupees and the occasional song performances by the urchins. This is where I sat un-intrusively observing… And here is an account of what I saw:- 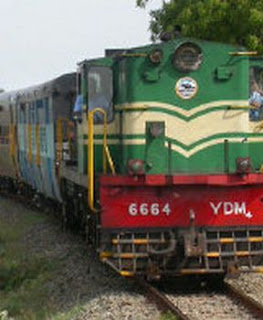 This is the story of 8 people who were forced to spend much more than their stipulated time together. This train isn’t the preferred choice of anyway travelling from Hyderabad to Bangalore. After all, it’s a passenger train. It is not my pick either. Anyway, here I was, bound Bangalore-wards, unable to contain the joy of going home… and the train is re-routed (I hear something about an accident on the normal line). Even before the first green signal, the TT tells us we will be about an hour or so late. That’s the start to our journey. (Even as I write this at noon the next day, we are still easily an hour and a half away from our destination) Here are my observations of what we all did to kill time while Home-Sweet-Home was oh! so far away…
The train chugged along wearily and everyone was busy in the activities of their choice. I almost finished this piece and that’s when a change came over. As we reached Yalahanka, there was a sudden rise in the activity around me. People unlocking their baggage from under the seats, freshening up, the final dash of lipstick, the flick of the comb, the clothes being smoothed… but my mind had taken another flight, the smell of cool fresh air told me that I was home… and that people could do all they wanted on the train; their mode of expression might be as varied as the topography of this beautiful country we call homeland, but the feelings within as all the same- the same joy, the same relief, the same at the core of our being.
at 4:36 PM

Next time take a flight:)

Boy did u take us this journey WITH you or what... nicely put out... reminded me of similar trips I DARED back in college... the older me is spoiled rotten to not venture into it unless there be NO LAST OPTION left O_O

@ The NRI: ha ha ha... the fun of travelling by train is something to be expereinced and chronicled... thats how we can see the real India :D

Gosh do i miss travelling by indian railways or what! i have spent some happy days on those rickety wheels, gazing at the changing topography, attaching stories to each landscape and wondering if I would recognize them when i passed them again! Thanks for bringing those lovely memories up!

@March Hare- am glad you liked it... :) In fact I can almost picture you in the DDLJ scene when the train whizzes past the green and yellow sarson ke kheet ;)

heh heh! That movie did have a big train theme now didn't it!