It can wreak havoc in the most peaceful of lives. It can make the strongest of the strong, go weak in their knees. A word that can turn the world as you knew it- your world- upside down. An emotion that can wipe away all your fancy notions about your own self. Well, I am not talking about mushy stuff or love… I am talking about icy cold and absolute FEAR! 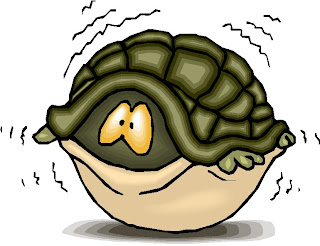 My fellow passengers on board the Indigo flight bound to Jammu clutched their seat arms, in fright. The cabin crew was staggering and the captain voiced an alert. The air pocket wasn’t going to be easy. I could feel fear in air. Yet, here I was squealing in delight. I was thrilled and was enjoying the adrenaline rush, much to the dismay of both my husband and my brother. I even poked fun at them about their twinge of fear. Little did I know that within 24 hours, the very emotion I had scoffed at would bring me to tears.

After trekking uphill a full 15 kms or more, various hidden muscles of my body decided to reveal their presence. I had another 2 km to trek and knew that my feet wouldn’t move an inch. That’s when my husband, brother and I came to a consensus that we could take the pony ride up to the Bhairon Nath Temple. We had seen many pilgrims take the ponies at Katra, the base of the Trikuta Hills. Though I wasn’t very comfortable with the idea, I decided to give it a shot. After all, I had done the major portion of the Maa Vaishno Devi Yatra on foot. All that was left was to visit the Baba BhaironNath shrine. It wouldn’t hurt that I took the pony.

After some bargaining, both the men jumped on their ponies and were seated in absolute comfort within moments. It gave me courage- the smiles on their faces and their confident demeanor. The ponies strutted and sometimes almost slipped, but the men didn’t seem too bothered. The horse trainer was of course running beside. Clumsily I saddled myself. Unexpectedly I realized how precariously poised I was. I chanted and sang the Jaikara’s that had been ringing in my ears during the night long walk up to Mata Ka Darbar or Bhawan as the Sanctum Sanctorum of the Maa Vaishno Devi Shrine is more popularly known. But the monster of fear that had raised its head in the depth of my heart, refused to dunk its head. But I am a strong girl. I knew I would make it. I HAD to make it. After all, I’ve always thought myself to be the rather brave and adventurous sorts.

The rather over grown pony turned and with that action, I felt myself getting more lop sided. I clutched on the small iron handle by the saddle. With a fervent prayer on my lips, I held on to dear life. It was a very cold morning, at 6500 ft above sea level, the cold was almost biting. On horseback, the icy fear that gripped the inside of my being, only made the morning chill worse. The walk way made for pilgrims on the Maa Vaishno Devi Yatra is just enough for 4 lines of people walking- two towards the shrine for the Darshan and another head back to base, after the Darshan. The ponies also squeeze their way through this path.

The rain Gods had showered their blessings just a few hours ago. With some pony poop and slush from pilgrim’s feet, the steep and wet walkway presented a dangerous picture to me. Just as this thought passed my mind, the pony almost slipped and then got back its balance. An incident that fed the monster within me with more fuel than necessary- FEAR gripped my very being. In those few meters that the pony trotted forward, I was more scared than I could imagine. I cried out to the horse trainer to get me off this beast. I didn’t mind if it took me an hour to trek up, but I would walk. Fellow pilgrims saw my plight but, in my situation, only the trainer could help. I cried out loudly. My husband was a good 100 meters ahead but he heard me. ‘Mujhe Uatro Yahan Se. Daar Lag Raha Hain!’ I yelled. (Get me off this. I am scared.) Before I knew, there were fat, warm tears streaming down my cheeks and the trainer helped me off the pony. Siddhartha got off his pony and came to me. He paid the trainers a bit and pacified me. After a while when I was OK, he jested about how unlike me this behavior was. He was disappointed at me developing cold feet on horseback when I was delighted in a rather dangerous air pocket.

But then, FEAR can make you do the strangest things. It can make you behave in ways most unlike you and most importantly, can raise its hood anytime- without any warning…
at 8:02 PM

Ah the fear factor, we all fall prey to it, comes from unexpected quarters, takes us by surprise.

How we face it makes us who we are.

@ Purba- well said, It is how we deal with fear that makes us who we are...

TOTALLY been in a similar situation! It was on a pony in Simla...

uve desecribed it exactly as I felt it too and with the same results!

Not bad... thanx for asking!

Hope alls good at ur end too :)

@ Nalini- Thanks for dropiing by and leaving a comment. Appreciated. :)

Nice thoughts shared through this blog .Great work & I think you must choose website for advertising and marketing.